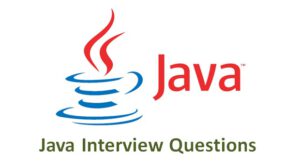 In this article, we are going to discuss some important Java Interview Question and Answer.

In this post, we are going to discuss some important Java Interview Questions and Answers.

We’re going to take an overview of final, finally and finalize Java keywords.

Final is a modifier applicable for classes, methods, and variables.

If a class declared as a final then we can’t extend that class. i.e we can’t create a child class for that class.

If a method declared as a final then we can’t override that method in the child class.

If a variable declared as a final then it will become as constant and we can’t perform re-assignment for that variable.

Finally is a block always associated with try-catch to maintain cleanup code?

Let’s discuss this with an example.

In the above example in a try block, we are writing all risky code. When we think if any exception will occur in that line then we write that code in try block.

In the catch block, we are writing exception handling code. And in the finally block we are writing cleanup code like DataBase connection closed and any important code,

which we want to print anyhow means either exception occurs or not it will always execute.

Finalize is a method (finalize()) present in object class. It is always invoked by the garbage collector just before destroying an object to perform the cleanup activity.

Different between finally and Finalize.

Which class is a root java Exception hierarchy?

Throwable act as a root java for java Exception hierarchy. It has two child class Exception and Error.

Difference between Exception and Error

Most of the exception of the cases are caused by our program and this is recoverable.

Exceptions are recoverable. Let’s understand with an example.

In this example, if our program requirement to read data from a remote file location at tech file. At runtime, if the tech file is not available then we will get fileNotFoundException.

If fileNotFoundException occurs then we can provide a local file and the rest of the program will be executed normally.

For Example, if out of memory error occurs beings a programmer we can not do anything and the program will be terminated abnormally.

out of memory problem will be solved by the System admin or server admin by increasing heap memory.

The Exception which is checked by the compiler for smooth execution of the program at runtime is called a checked exception.

In case of checked exceptions, the compiler will check whether we are handling exceptions or not, if the programmer not handling then we will get a compile-time error.

The Exception which is not checked by the compiler is called an Unchecked exception.

In the case of an Unchecked exception, the compiler won’t check whether the programmer handling the exception or not.

Note 1:- Whether exception is Checked or Unchecked compulsory it will occur only at runtime.

Note:- There are only Two partially checked exceptions in java.

Case 1: If there is no exception then it’s execution is.

Case 2: If an exception raised at statement2 and the corresponding catch block match then its execution is.

Case 3: If an exception raised at statement2 and the corresponding catch block not match then its execution is.

Case 4: If an exception raised at statement4 or statements5.

It is always an Abnormal termination.

Conclusion 2: In addition to try block there may be a chance of raising an exception in the catch blocks and finally blocks.

Conclusion 3: If any statement raises an exception which, not a try block then it always Abnormal termination.